Xolo recently released the Xolo Q1100 smartphone powered by a 1.4GHz quad core Qualcomm Snapdragon 400 processor. The company promised a Android 4.4 KitKat update for the device, which is still in work. But they have released the Kernel Source for the Xolo Q1100, now that’s a clever and much needed step by Xolo in terms of support for developers.

Kernel Sources are very important for Android developers developing Custom roms, Rooting the phone or even porting latest android builds. If you are a developer and want to download the source code you can go to Xolo’s official Sourceforge page and download it or click here to download it directly. 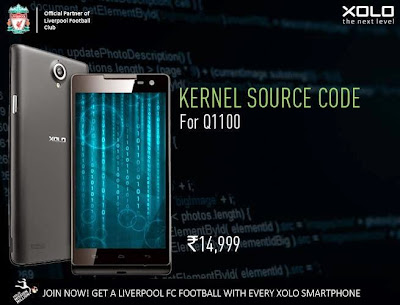